A Festiva by any other name

May of us have nicknames for our cars and Festiva owners are no exception. Sometimes our cars are named by others, some names stick and others don't.

Here's a few of those names, and stories behind them, from friends in the Festiva community!


Ben in Kentucky:
It was my brother who named Frito. Shortly after acquiring the vehicle he was cleaning it out for me and found an empty bag of the Frito’s snacks in the interior. His brain connected that to the film “Idiocracy” in which one of the main characters names is Frito, and also features a white Festiva GL in a rather hilarious monster truck segment. I liked the name, particularly for its unique brevity, and for its similarity to the another white Festiva in the community called “Pedro”.
Read more »
Posted by Ian Cassley at 5:20 PM 1 comment: Links to this post

European hatchbacks: second in a series.

Welcome to the second of four posts featuring a number of econoboxes, and their "hot hatch" variants, that were not available in the North American market. These will be models available from the late 80s until the mid to late 90s manufactured in France, the UK, Italy and Japan!


In this week's post I'll introduce you to cars from both sides of the English Channel.

One of the bane's of Festiva ownership is that people aren't sure what kind of car they're looking at and are prone to call it something other than what it is. The most common alias is Fiesta, and it has happened to me so often I've given up correcting them!

So for more of a lighthearted post I thought I would share a few mistaken identity stories from the Festiva.

European hatchbacks: first in a series.

The selection of econoboxes in North America in the late 80's and early 90's wasn't a wide one.There were a few domestic models but most were captive imports such as the Ford Festiva and Dodge Colt or models directly from Honda, Toyota and the like. Cities and towns are generally spread over long distances in North America so cars, and trucks for that matter, tended towards the large size for comfort and because we had the room! Such is not the case in Europe. Towns and cities are much closer together, countries smaller and the continent is more densely populated. If you took a twelve hour drive in Canada or the US you wouldn't leave Canada or the US. A twelve hour drive in Europe, for example from Amsterdam to Milan could have you  in a total of six countries; Netherlands, Belgium, Luxembourg, Germany, Switzerland and Italy! That's part of the reason that the majority of cars in Europe tend to be smaller. Combine that with the high cost of fuel and the result was, and still is, a much larger selection of cars that would fit into the econobox category.

This is the first of four posts coming over the next couple of months that will feature a number of those econoboxes, and their "hot hatch" variants, not available in the North American market. These will be models available from the late 80s until the mid to late 90s manufactured in France, the UK, Italy and Japan!

The price for regular gas in Calgary is currently hovering around 60¢ per liter. It hasn't been that low since December of 2003!!!! The gas prices have been floating between $1.10 and 90¢ since June of 2019 so the drop is quite significant. That brings me to a couple good news/bad news scenarios.

Good news: gas is cheap. The bad news: there's nowhere to go! We are currently in a situation where provincial and national parks are closed, and we are required to stay home. One comment I've seen a couple of times asks the question "Is it just me or is anyone else getting three weeks to the gallon?"

The Festiva gets hosed!

Last week I listed a number of updates/repairs coming up for the Festiva. In the last few days I cleared one of those tasks off the list!


When the car was first built I had to cobble together a custom lower radiator hose to join the modified water outlet on the engine to the stock radiator.

Read more »
Posted by Ian Cassley at 9:59 PM No comments: Links to this post

What's next for the Festiva?

There's a number of things we'd like to get done on the Festiva before the first car show we plan to attend in July.  Relatively minor projects include installing a water temperature gauge, rebuilding the lower radiator hose, replacing the rear transmission mount and installing new strut mounts.


Read more »
Posted by Ian Cassley at 5:47 PM No comments: Links to this post

... or how we lost our bearings! Over the summer we ha d been planning a road trip that would take us into Montana, over the Beartooth P... 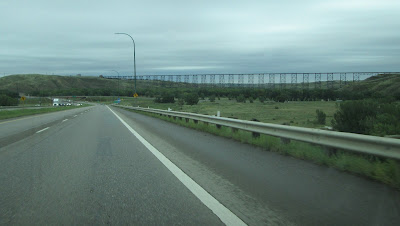